skip to main | skip to sidebar

September 17. Hello friends & family, its Friday night & I am just getting settled in to write. Today was typical, but in some ways not. The suprises came later toward the evening & the morning was boring. I was stuck at the house alone because I didn't sleep & was too tired to get up when Mom left to go out for the day. Obviously I needed the rest because I didn't come out of my coma until afternoon say for a few stirring dreams and a bat of my eyes. When I got to thinking about what was going on, I forced myself to start up for the day & tried to keep myself amused with internet antics. My dad got out of work on time for a change & showed up around 4pm so we talked for a few while I finished my online adventuring & went to shower for dinner with mom. We stopped off at a Tobacco shop on the way to the resturaunt to see if they had the E-Cig cartridges I needed, but they weren't compatible with my brand. Bummer. We had a pretty good dinner at a new spot for me & a return visit of mom & dad. I think the iced tea was superior there but not much else, but all in all it was a good meal & a good evening out with my parents. I would settle for reheated fast food if it were to get some time across the table from them. On our way out we happen to see one of my closest friend's & his girlfiend getting out of their car. By fate we had chose to come & go at the same buffet, which was nice to talk for a few minutes outside. After that time was winding down & I got dropped off early at my homegroup meeting to unlock the doors & set up/make coffee to help my sponsor get ready, he was chairing the meeting on fridays this month. He started up the meeting & things certainly got interesting.

One of the gentlemen attending opened up to share about his recent relapsing & he was obviously very drunk at the meeting too. Most outsiders would think this a tragedy & a threat to the recovering alcoholics around him, but it's truly the farthest thing. We all get reminded at times like these of how we were, how it was, and can see how far we've come now. After many interjections & a fair share of speakers trying to help this man with suggestions & stories I had my turn. The man had spoken about 'Outpatient Care Facilities' and also about 'Intensive Outpatient Programs' or IOP as many of us call it. In his relapsed state he must have been directed there by someone or some place, he wanted to hear other's experience & opinions on the place. I don't know how much sank in or didn't from what everyone shared but I gave him my take on it. My personal experience takes me through 5 years of Outpatient treatment. In those five years I got to share alot about myself, much of my real problems & life was hidden behind lies which mostly were to myself & not so much my counselor. In those five years we together confirmed that I have had a problem, focused on things to do with life besides drink or drug, and speculated a million posibilites as to how & why I was in fact alcoholic. The one thing we could not pin point in all those years or accomplish was how to get me to stop using drugs & alcohol. If I stopped at all it could be for a day, or three, long enough to pass a drug screen at probation or for a job. A lasting plug in the jug or seal on the bag could not be achieved for me.

During the 5th year of this treatment & with failing attempts to accomplish sobriety, it was finally suggested after another run in with police & the courts that I try an InPatient Rehab. OutPatient was sending me InPatient. I can only remember thinking, "I don't want to be locked away, I won't have anyone I love nearby or anything to help me if I lose it". How true that was, but I got some help the first few days in the form of detox medicine. The transition started smooth & the activities were plentiful, unlike the OutPatient where my actions & involvement in things were my choice still, this was all force fed fuzzy & warm environment. Ocasionally in the first week & a half something would stir up in the place, but never the real & harsh things that existed when I was left to my own devices in OutPatient. After that first week though I started to feel sick again, the detox meds were no longer available & they wanted me to tough it out. It was only time before I found a solution for this temporary problem, I ended up with a roommate who smuggled in not only detox meds but also some of my favorite drugs, opiates. I fought temptation for a few days then I broke, one night in a chilling fever & without sleep again I got out of the hot shower & told him to finally give me something that will help. Afterall he was sitting there 'unsick' and it seemed a walk in the park, little did I know that regaurdless he would one day like me have to face the sickness that was inevitable. It's either that or die at some point. So I screwed up, all in the name of stopping the craziness in my mind & body that was the addiction that had grown, it never does go away we just learn to live with it & grow spiritually to compensate for its cancerous growth within our minds & cells. A few days later the InPatient facility had failed me, I was out of funding through the county due to the state budget problems & had to go home in two days. I couldn't do it, I had to be out of there now because in two days I would be sicker than ever & have no solution. I walked off the mountain, stealing my credit card in the meantime & stashing a few packs of cigarettes in my pants. I took a cab to the city closest to me & called my dealer, luckily he was still in business & not yet in jail. That's where we all end up if we don't die, don't believe me? Give it time.

InPatient, OutPatient, everything under the sun & nothing worked to help me stay sober. I returned to my OutPatient counselor for help, at that point I was broken & had no other options. No hospital would take me to detox for 30 days & I was going to die any day at the rate I was pumping my veins with dope. I found a doctor to detox me by the miracle of my Higher Power answering my pathetic & helpless prayers. I meant business this time & I would do whatever it took. The InPatient facility couldn't take me back & I was finally herded to the one & final, the real deal Solution to alcoholism & addiction. The 12 Steps. I went to those meetings that I once before sat in high as a kite & not caring, it was all or nothing. They promised that if I just did what they suggested that things would get better, One Day At A Time. I continued to see my OutPatient counselor, going to meetings everyday & serving my time on probation. That all began a year & a half ago, ending a few months ago. I am a free man today, but at a price. One that I can pay, and I pay it again each day. Not everyone can get sober by the 12 Steps alone, I certainly did not. OutPatient, InPatient, OutPatient, then the 12 Steps in my life. All were necessary as part of my journey & learning experience in Sobriety. Today it is Spiritual Growth & Maintenence that keeps me a free man, I have a daily relief from my disease contingent on my ability to follow the suggestions of a great program. One that relies entirely upon having a Higher Power & working with others like me. The solution works and thusfar it lasts. From not making it through a day of OutPatient, to failing to complete 28 Days of InPatient, the 12 Steps have helped me acrue over a year sober today. It's not the time counting away that matters though, its being of clear mind & spirit & improving myself daily that counts. All so I can be better for the world around me, to help another, and to carry this message to others. What works? IT WORKS, If YOU Work It. Thanks. Good Night.. Good Morning.. <3 Jimmy
Posted by Jim N. at 10:34 PM 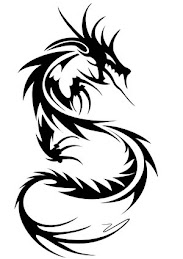 Promote Your Page Too

Jim N.
Madison Twp/Pittston, PA, United States
A 30 yr old man who has discovered life again. Through the help & support of many & a glorious God I was blessed with a business I love & devote my sober life to in the retail & investing of Gold, Silver & other Jewerly Items as the future moves away from the greedy dollar & into a commodity baes ecomony again.